The Alzheimer’s Show will display a unique collection of famous icons – past and present – affected by dementia. Find out more about how these striking images came together

An exclusive collection of 16 original portraits of famous icons by a range of acclaimed and talented artists will be showcased at this year’s event on 10-11 June at London’s Olympia.

The portraits were commissioned by Draw Events, organisers of The Alzheimer’s Show, and collated by the Social Enterprise Initiative Ravenous For Art in collaboration with Bounce Alzheimer’s Therapy (BAT) Foundation. 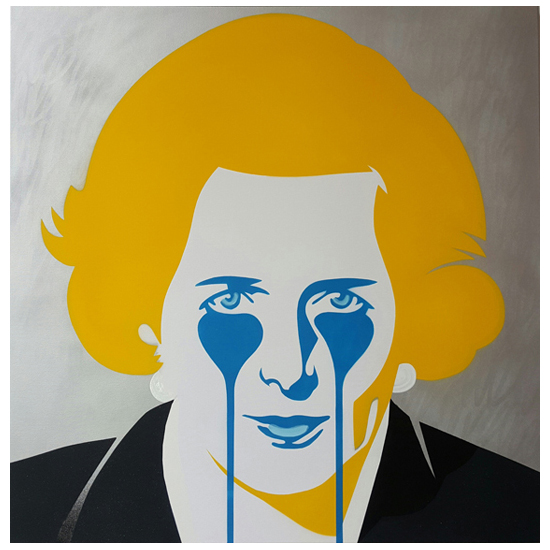 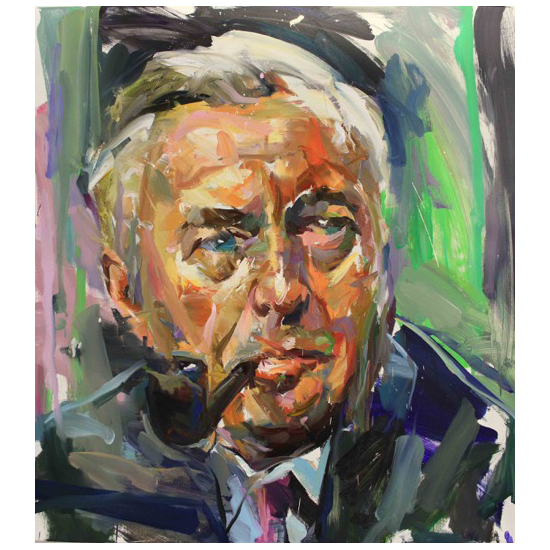 ‘The portraits depict famous faces from the world of politics, theatre, film and sport,’ says Sara Couchman, Co-Founder of The Alzheimer’s Show. ‘They are immediately recognisable which simply goes to show that no matter how talented or privileged you may be, no one is immune from Alzheimer’s disease.’

The idea behind the artwork is to show that even the most successful, high profile individuals can succumb to dementia.
Baroness Margaret Thatcher’s daughter Carol recalled how her mother had to be reminded on several occasions that her husband Denis had died. Carol admitted in her book, A Swim-on Part in the Goldfish Bowl, that she was astonished to see her mother struggle with words and memory.

Former Prime Minister Sir Harold Wilson may have had Alzheimer’s disease while he was still in office, according to an expert from the University of Southampton who examined his use of language during a speech.

Writer Iris Murdoch’s vocabulary was rumoured to have showed signs of damage at least a year before being diagnosed with Alzheimer’s disease. The novelist and philosopher from Dublin became increasingly confused in her latter years.

Learning lines
Actress Prunella Scales noticed signs of things not being quite right around 15 years ago. While she is still working, Prunella admitted in an interview with the charity, Age UK that she has to start learning her lines a lot sooner.

Clearly, dementia affects many lives, regardless of background or occupation. ‘We have used the power of the visual arts to create a series of images of iconic people who have been and are still a part of our lives, to demonstrate the fact that even some of the brightest minds have succumbed to dementia,’ says Ian Craigton-Chambers from Ravenous for Art.

Eleven of the portraits are in paint, three are in fine art print, one is a collage of glass and one is in cross-stitch.

The original artwork will be sold and limited edition prints will also be available to buy: 25% of the proceeds will go towards staging further Alzheimer’s awareness events, as well as supporting the BAT Foundation’s research programme and the charity’s specialist equipment development, installation and staff training initiative in care homes nationwide.

More information
Come along along to The Alzheimer’s Show on 10-11 June to see these exclusive portraits.