Protecting a person with dementia from fraud

You may think that fraud or exploitation of a person with dementia would never happen to a member of your family. The surprising truth is that it’s more common than you may think.

As a carer, you will want to do your best for the person with dementia. It can be very hard to watch the person lose their independence bit by bit, and see them change from someone who used to be strong and self-confident to someone who is increasingly confused and more dependent on you. So imagine then, how you would feel if you found out that someone was financially abusing the person with dementia. You may think that it would never happen in your family, or to a member of your family. You’d be surprised. It’s more common than many people realise. Family members can sometimes justify taking what they see as ‘an early inheritance’. And if it’s not guilty family members, a person with dementia can be more at risk of being overcharged by some tradesmen, who can be swift to spot what they think is a golden opportunity to get away with inflating their prices.

According to a Financial Abuse Review published by Age UK in November 2015, those with dementia or reduced cognitive function are more at risk of financial abuse, along with the elderly. The figures from the report showed that approximately 130,000 people aged 65 and over in the UK have suffered financial abuse, although this is considered to be a conservative estimate as there may be many cases of it that simply haven’t been reported. 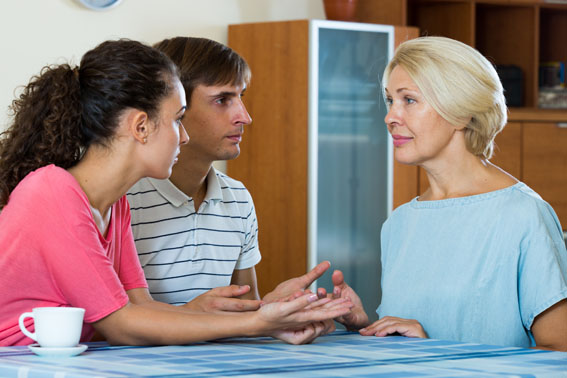 Hilda adds: ‘I have managed situations, fortunately not in my own family, where the police have had to get involved when, although someone has challenged the person, it has still continued. Usually though, just the mere fact there’s been a report to the police normally gets people to put their hands in their pockets. Or at least, stop scamming relatives because sometimes you won’t get the money back but at least if it stops them doing it, that’s a result. We get one or two calls about this a week on our helpline.’

In general, listen to your instincts. If you suspect someone of wrongdoing, confront the person if it’s safe to do so, even if it means having an unpleasant conversation. If you are concerned that a family member will become aggressive, then report the matter directly to the police. If you suspect theft from a person’s bank account, then visit their bank and explain your concerns. You will need to take the person with dementia with you and you may need to take ID. You can arrange to have third party authority on the person’s bank account (with their consent), which would give you access to their bank statements to check balances and manage their financial affairs. To set this up, you’ll usually need to visit their local branch with the person, and take ID for both of you, including passports.

Unwanted callers
For other forms of exploitation, such as phone scams, there are things you can do. ‘There’s a BT blocking system whereby only known phone numbers can contact the person,’ says Hilda Hayo. ‘Only family members will be able to contact the person on that phone.’

You can pay tradesmen directly, so that you can oversee their charges. It may sound restrictive, but you may want to remove the person with dementia’s debit card and cheque book from their home. You could also ensure they only have small amounts of cash in their home. If they have meals delivered or you order their shopping online for them, they won’t need to have cards and large amounts of cash in the home for someone else to potentially exploit.