If your parents have been diagnosed with Alzheimer’s disease or another form of dementia, does that increase your risk of developing the disease at some point in the future?

Alzheimer’s disease is the most common form of dementia and is estimated to affect more than 520,000 people in the UK. Genes do play a role in the disease and if you have a parent, brother or sister with Alzheimer’s then you are at an increased risk of developing it in the future.

To date, scientists believe there are over 20 different genes that are linked to an altered risk of Alzheimer’s disease.

There are some more rare forms of dementia that have been linked to known changes in certain genes. These genes can be passed down in DNA across several generations. However, these genetic forms of dementia account for less than one per cent of all cases.

The more common form of Alzheimer’s disease, which is usually diagnosed after the age of 65, has a more complex relationship with genetics. 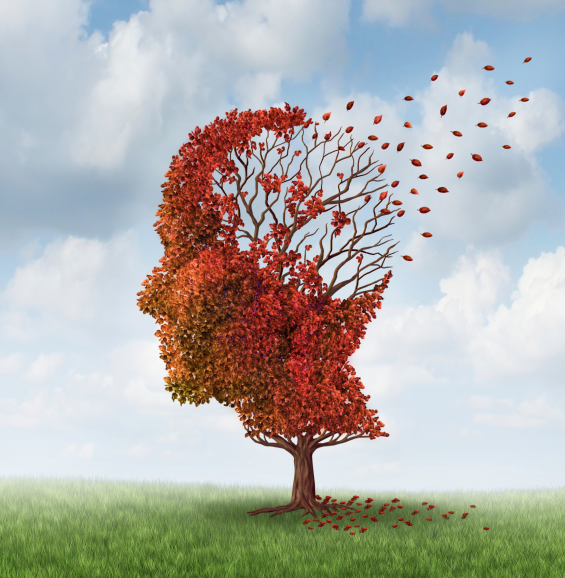 There are a number of other genes that could be risk factors for Alzheimer’s disease and some researchers believe that several genes may work in combination to influence a person’s risk of dementia. However, more research is needed to understand the roles of these genes when it comes to dementia risk.

Age is the biggest risk

Vascular dementia is caused by a stroke or series or mini-strokes leading to a reduced oxygen supply to the brain. It affects approximately 150,000 people in the UK. It is less likely to be genetic, though further research is needed. Studies have shown conflicting results, as some studies show links between the gene called APOE, which can play a role in development of Alzheimer’s disease, while others don’t.

Lifestyle can play a role in reducing your chances of developing Alzheimer’s disease or vascular dementia. Things that are known to increase your risk of dementia include smoking, having high blood pressure and high cholesterol. Evidence shows that leading a healthy lifestyle, including eating a healthy, balanced diet (for example a Mediterranean style diet, rich in vegetables, fruit, cereals, legumes and with some oily fish and low in red meat and sugar) and exercising regularly can reduce your risk of dementia.

The benefits of regular exercise for improved brain function were highlighted recently. According to research presented by Dr Laura Baker of Wake Forest University Health Sciences at the Alzheimer’s International Conference in Toronto in July, several trials showed that exercise slows brain shrinkage and boosts cognition (our ability to think, learn and understand).

A 12-week study showed that regular cardiovascular exercise thickened the cortex of study participants – the brain’s outer layer of neural tissue that plays an important role in our consciousness. It revealed that 45 minutes of cardiovascular exercise four times a week where people were working hard, showed decreased levels of tau – a protein that builds up in the brain that is thought to contribute towards the development of Alzheimer’s. The study also showed an increase in blood flow to the brain. While this data is promising, we need longer ‘gold standard’ trials to more fully understand the effects that exercise has when it comes to dementia risk.

Take care of your heart

‘Carefully conducted clinical trials have shown that the genes which are recognised to be responsible for cognitive impairment in Alzheimer’s disease become less effective in individuals who pursue a programme of relatively intense and sustained exercise, compared to a matched group of individuals who do not undertake this exercise programme.’

While we can’t control our genetics, being health conscious and taking regular exercise and eating a healthy diet are clearly lifestyle factors that we can control.

Find out more about the link between genetics and dementia here: