After speaking at The Alzheimer’s Show about being a carer, Online Editor Christina Macdonald reveals why it’s even more important than she realised to mix with other carers

When you care for a loved one with dementia, you get good and bad days. Your perspective can change. On a good day, you’re glad to have the person in your life, even if they aren’t quite the same as before. On a bad day, you can feel isolated and lonely. I used to feel that others were going about their daily lives without really understanding my predicament as an inexperienced carer. Friends were sympathetic but I’m still not truly convinced they understood what it’s like to care for a person with dementia.

When I first began caring for my mother, I tried to talk to my friends about the difficulties I was having balancing her needs with my life. They were sympathetic, but their responses were fairly unhelpful: ‘You don’t have to look after your mum, it’s not fair for her to expect you to do it’. ‘Your mum should go into a home’. The most unhelpful comment used to drive me mad: ‘You should get out more. Let’s go for a drink.’

I didn’t want my mum to go into a home until there was no other option and I knew that if I didn’t provide the support she needed she would be unable to cope on her own. Most importantly, no one else would look after her. So it annoyed me that friends thought I had a choice and should ‘get on’ with my life. I had no choice – I had to put my personal life on hold. Mum needed me. I wasn’t going to ignore her and spend my time in a pub while she struggled on her own at home.

I do think you have to walk a mile in someone else’s shoes in order to truly understand. This really hit home when I spoke at The Alzheimer’s Show last weekend. When I talked about how to be a better carer, my goal was to share my experiences with others in the early stages of caring for a loved one. In the beginning, it’s easy to make mistakes. You have a lot to learn about the disease. You lack experience. You learn on the job. So I felt that telling people the things I didn’t know in the beginning might be beneficial to them now. 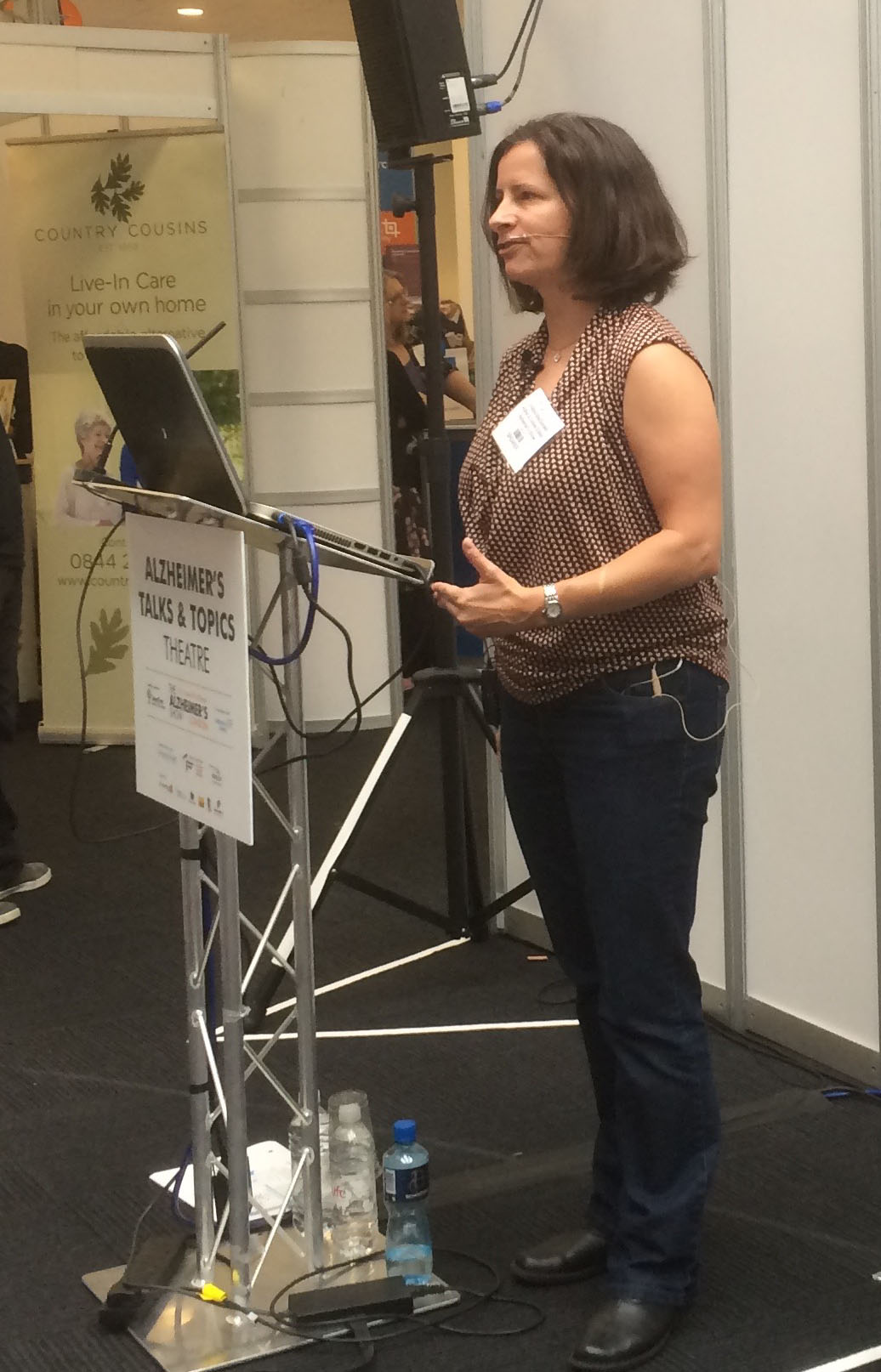 The audience was sympathetic, understanding and kind. They were the type of people I should have interacted with in 2009, when mum was first diagnosed. I had wrongly assumed I didn’t have time to get involved in the local dementia community. And I admit I thought it would be more depressing. But having that support from others in a similar situation would have undoubtedly helped ease those feelings of isolation. I would have felt more supported and would have learned from others’ experiences.

You may think you don’t have time for socialising, but it could be an invaluable source of support. Speak to others on dementia forums; find local friends or neighbours coping with similar situations. When you understand that you’re not alone, you will feel less isolated and you will become more resilient. Do it for yourself, and do it for the person you are caring for. It will make life easier for both of you, because you will become a stronger carer.