‘My parents were in denial’

Angelina Manzano is a 36-year-old writer who lives in West Sussex. Her mother, Irene, who lives in Aberdeen, was diagnosed with early onset vascular dementia with Alzheimer’s in 2010. Angelina reveals what dementia has taught her about life

My mum was officially diagnosed at the age of 68. An MRI scan confirmed the diagnosis. However from her GP’s notes, which we have access to, it had been suspected since 2008.

My sister Fiona and I first noticed that things were not quite right in 2006. At that point, mum was just a little forgetful. We’d joke that she was going senile and should visit her GP, however within a year we were insisting that she visit the GP as not only had she become very forgetful; her behaviour changed drastically. She became increasingly volatile, and began telling us wild stories of things that were happening to her on a daily basis (she was having hallucinations) and seemed unable to keep up with conversations or recognise humour and other emotions.

Mum’s diagnosis was a long time coming because she and my dad were in denial and resisted seeking a medical diagnosis for a long time. When she was finally diagnosed it was a relief after several years of erratic behaviour that we had identified the problem. It was also devastating, as we knew that life would never be the same again.

In denial
After the diagnosis, both of my parents remained in denial. Initially they rejected all advice and help from both her GP and dementia specialists – which included refusing medication. Planning for her care was very difficult. My parents shut everyone out. 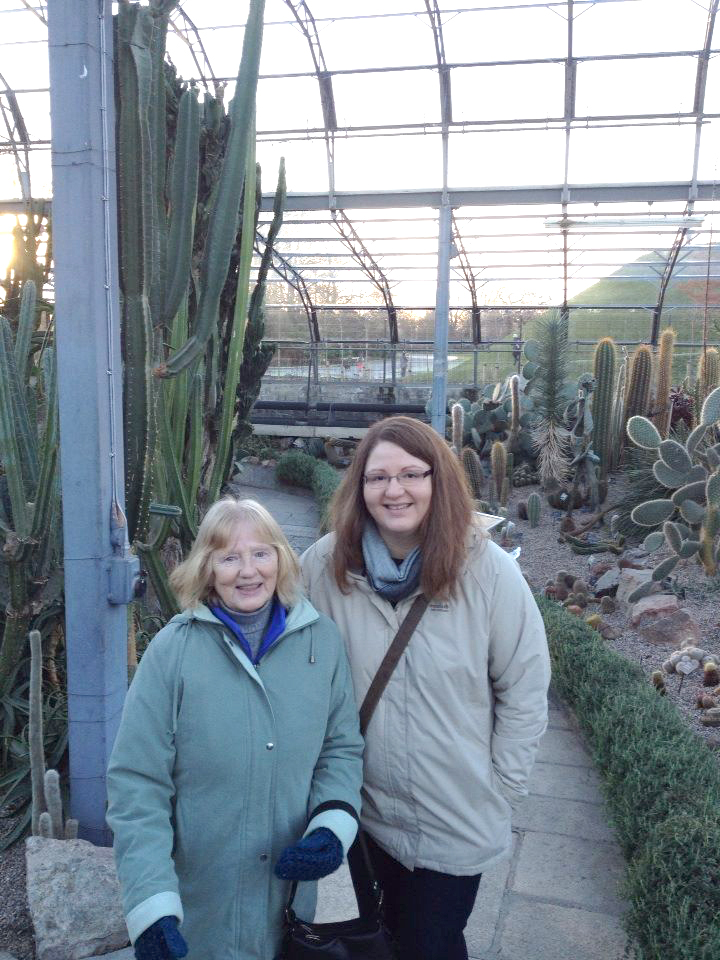 Mum was often violent. Anything in the house that could pose a danger to her was hidden and we had to cover all reflective surfaces as she found her own reflection distressing. In the very early days she was able to go out on her own and perform daily tasks, but about two years after the diagnosis she suddenly became completely dependent on others.

In truth, we had always considered my mum to be a little manic even before the diagnosis. She was either the life and soul of the party or shying away from everyone. The disease exaggerated these elements of her personality. She became paranoid, thinking everyone was talking about her. She was convinced my dad had run off with another woman when he was at work, and she would tell me that someone had broken into the house and stolen the keys. It was the mind of a tortured soul and it was very upsetting to see her so distressed and to not be able to comfort her.

Losing battle
When someone has dementia, it is very tempting to correct the person when they forget something or when they are hallucinating. That’s the worst thing you can do, as it will only make them more distressed. I found it best to agree with her. There is no point fighting a battle you can’t win.

As she was in denial she was reluctant to make necessary plans for the future. Before she retired she had worked for a solicitor, and I had worked there while I was studying, so I knew them well. I felt it vitally important for my dad to obtain Lasting Power of Attorney before it was too late, so I called the solicitor and made an appointment for my parents. Much to my relief they went along with it.

When I go home to Aberdeen, I try to spend as much time with my mum as possible. She is now in the advanced stages of dementia and has become incontinent, so caring for her brings many challenges. I try to make her comfortable, keep her clean and feed and entertain her. I have found on my last few visits she has been crying for her mum at bedtime.

My dad is adamant that my mum won’t go into a care home. He loves her very much and says it would kill him to part with her. He becomes very distressed when I raise the subject. I would love to find her a good care home. This may sound callous but I believe it would offer a more stimulating environment for her to live in. For several years now she has needed 24-hour care. During the day, a neighbour cares for her, and my dad takes over at evenings and weekends. He looks exhausted. He won’t even accept respite care for her, as he is scared she will be taken away.

Normal life
Although he should have retired five years ago, he continues to work even though he is not in the best of health himself, but the time he spends at work allows him to have an almost normal life and he enjoys the company of his colleagues. Working provides him with a release.

My mum’s dementia has made me more tolerant. If one day, I am facing the same fate as her, I have been very clear with my husband that he should not feel any guilt if I need to go into a care home.

I’ve also learned not to feel guilty. I am sure that if my mum had not been diagnosed then I would have made some very different life choices – I probably would have played it safe. But you only have one life to live so do what makes you happy.

4 things dementia carers should do