Good reasons to keep visiting a person with dementia

Is there any point in going to see a person with dementia if they don’t remember you or even recall your visit? Alzheimer’s Society certainly thinks so and Christina Macdonald agrees wholeheartedly…

Every now and then a piece of research hits the headlines that sounds so obvious, you wonder why someone commissioned it in the first place. ‘Kids with large parents are more likely to be overweight’. ‘Eating too many sugary foods may cause diabetes.’ You might have figured some of these things out for yourself without needing to read about them in the media.

So if you’ve seen the latest press coverage of research conducted by Alzheimer’s Society, which says that a person with dementia will benefit from regular visits by family, you might dismiss this as fairly obvious. But from a personal viewpoint, I can completely understand why the research was commissioned. 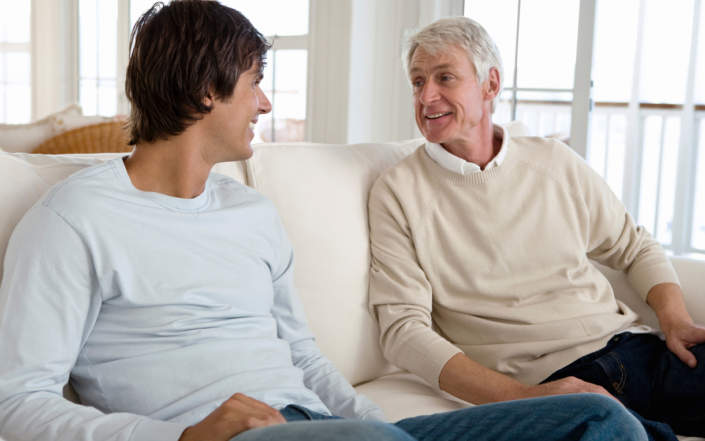 Not recognised
The research says that spending time with loved ones with dementia is important, even after the person with dementia fails to recognise friends and family. According to the survey, 42 per cent of the public think that maintaining contact is pointless at this stage.

However, Alzheimer’s Society surveyed 300 people affected by dementia and found that 64 per cent of those living with the condition felt isolated from friends and family. Some 54 per cent of them were hardly taking part in any social activities. The Society claimed that even if the person with dementia doesn’t remember your visit, it would still have stimulated feelings of happiness.

I can understand this completely. On a number of occasions, I have visited my mother, who has vascular dementia, knowing that shortly after I leave, my visit will be forgotten. When she lived alone, she would occasionally call me after a visit and say: ‘You said you were coming to see me today, why didn’t you come?’ I would then have to point out that I had visited and tell her what we did – explaining that we’d been out for lunch and giving her details about what she had to eat and what we bought from the local shops after that. Prompting her in this way would mean that she would sometimes remember a few details of the visit and she would be satisfied and hopefully feel a bit more secure, knowing that I’d kept my word and she wasn’t alone. I also felt that giving her several hours of my time, where she had conversation and stimulation (visiting the shops and going to the pub for lunch meant being around others) would do her good. And it did. She seemed less confused and more mentally aware towards the end of each visit.

Better moods
These days, the staff in the nursing home where she lives tell me that her mood is much better after I’ve paid her a visit. She may not remember my visit, but she feels happier afterwards. If I’m unable to visit for a few days, her mood will darken. When she receives regular visits, she is much more relaxed.

There have been a few occasions when she has forgotten who I am. Thankfully these have been rare so far. But even then, she is very happy to have a conversation and we can still talk as friends.

I recently interviewed Barry Sweetbaum from SweetTree Home Care (http://www.sweettree.co.uk/). He told me that memories are still there, but the nature of those memories change. He described an ‘intellectual memory’ as being a person’s ability to remember someone in the way that a person who doesn’t have dementia will remember someone. He said that a person with dementia has an ‘emotional memory’. An emotional memory can mean that the person with dementia recognises your smell, the tone of your voice, or the touch of your hand. These small things can offer reassurance to the person, because they are familiar. Barry likened it to a baby, who doesn’t yet have the intellectual memory to know that the person caring for it is its mother. But the baby will feel safe in its mother’s arms, as they know it’s a safe place.

Whether or not your loved one remembers you or the fact that you visited them ten minutes ago, your visit will have had a positive impact. I find that reassuring. So keep on visiting, because each visit is doing them good.