We caught up with the team at SovaCare to discuss their innovative ExperienceTable – designed to help facilitate interaction and communication between people with dementia and others. 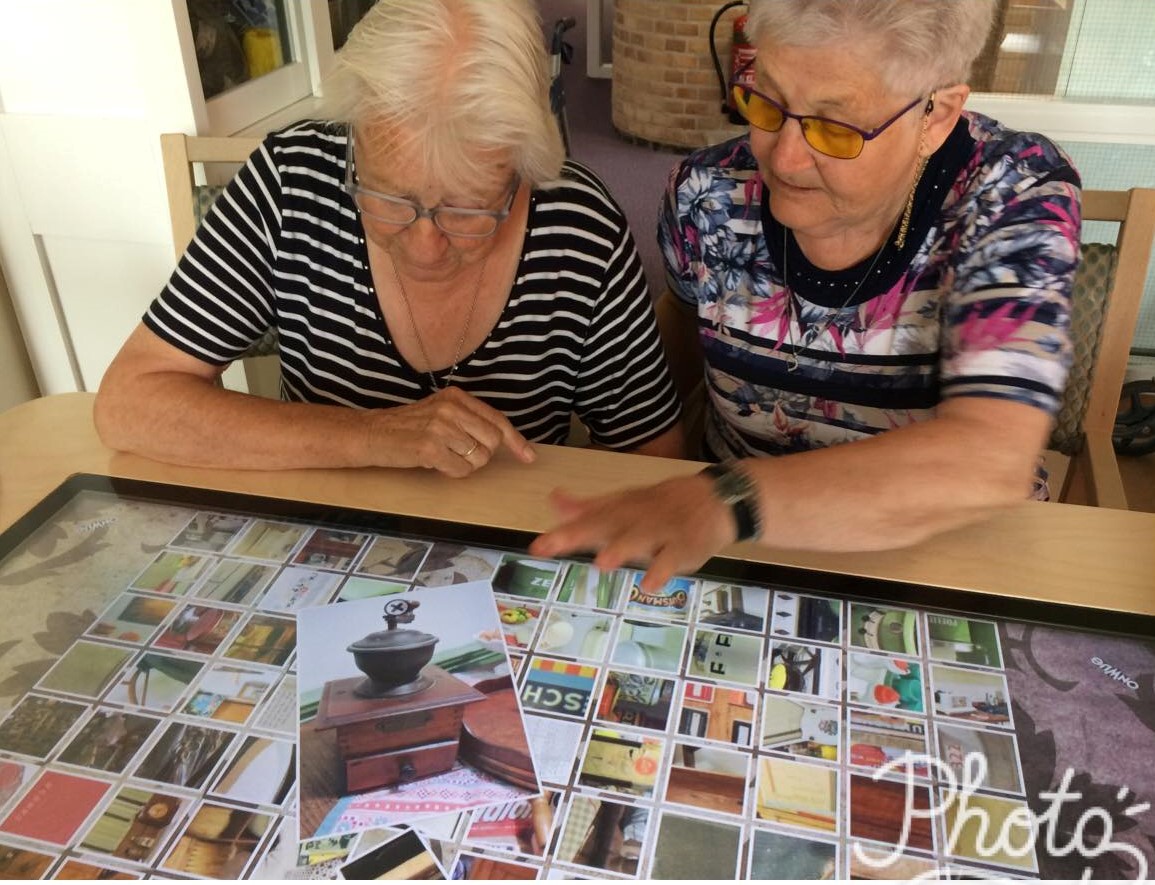 SovaCare is the international branch of the Dutch-based company Onwijs Multitouch Specialists. They have been committed to making modern technology accessible to healthcare, education and museums for more than 25 years, and take pride in having hundreds of satisfied clients in The Netherlands, Belgium, Denmark and Germany.

Throughout that time, they have worked on projects for the University of Wageningen, the British Museum and many more – receiving received several awards, including Microsoft Education Innovator of the Year in 2013.

SovaCare’s mission is to combat the behavioural apathy often associated with people diagnosed with dementia in elderly care homes and to help break through residents’ isolation. They aim to improve the wellbeing of everyone using the tables and look forward to developing many productive partnerships with care home providers and others in the UK.

They have been distributing products to the UK’s social care sector for the last 2 years or so – during which time, their flagship ExperienceTable was piloted at numerous care organisations, generating an enormously positive response. This enabled them to not only support care teams in their work with older residents but also to broaden everyone’s horizons and create lots of smiles.

The ExperienceTable will be being introduced to the general public at this year’s Alzheimer’s Show. The table is based on an interactive digital touchscreen device, with the SovaCare software developed in co-operation with UK care specialists. The interactive game activities boost memory recall and communication between residents, while such natural actions as drawing and tapping allow users to experience intuitive interactions.

Extensive scientific research shows that games players experience an immediate response of recognition once they interact with the touchscreen. This decreases significantly the usual barriers of comprehending the content being presented to them. Which is why SovaCare believe that – used sensitively and thoughtfully – the technology of the ExperienceTable enhances rather than replaces human relationships and interactions.

Attendees of the Alzheimer’s Show will be able to see the different models of the ExperienceTable, suitable for the elderly and people with dementia as well as for group and individual use. The team will be on hand to enthusiastically demonstrate the variety of amusing games and challenging activities included in the software – each of which is designed to stimulate the senses and the brain in a friendly manner.

What Our Exhibitors Get Out of Attending the Alzheimer’s Show