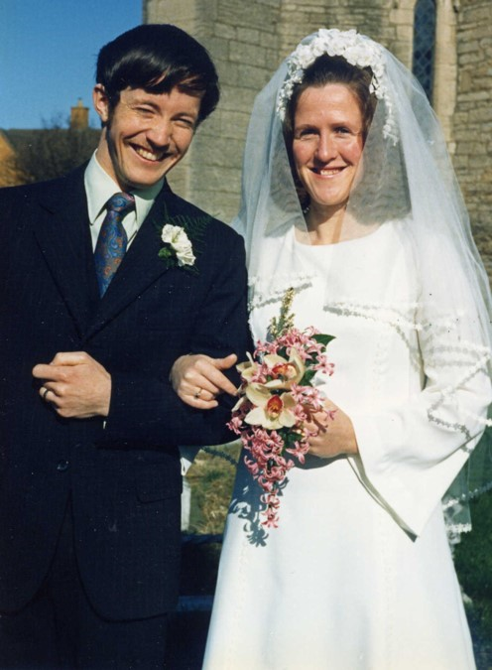 When Rosemary Westwell was pregnant with her second daughter, she received a phone call to say that her husband, John, had collapsed on the street.

It was a terrifying moment for the Cambridgeshire woman. She now pinpoints that day as one of the earliest signs that John was unwell.

After several years in which John displayed symptoms such as lack of empathy and aggression, he was eventually diagnosed with a rare form of dementia.

Behavioural variant frontotemporal dementia (bvFTD) accounts for less than one in 20 of all dementia cases. The parts of the frontal lobe in the brain that regulate social behaviour are often most affected.

Now, Rosemary Westwell is preparing to give a powerful talk at the Alzheimer’s Show 2018 at Olympia in London on Friday 8 June about how their lives were turned upside down by dementia.

John was diagnosed with bvFTD when he was just 46, a result that came as a huge shock to the couple, who were at the time raising their two daughters.

Their love story began when Rosemary moved to the UK from Tasmania at just 21 after she completed her music degree. She got a job as a music teacher in Peterborough and joined a Young Conservatives group, where she met John.

The couple quickly fell in love, and within three weeks, John had asked Rosemary to marry him.

Sadly, the couple’s happy years together were cut short by his development of frontotemporal dementia. 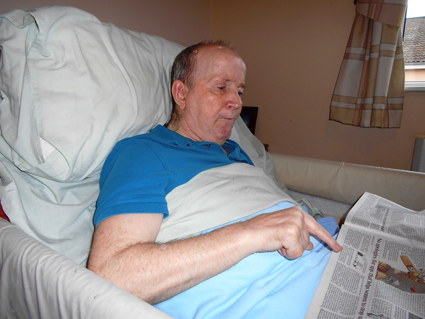 She said: “When John collapsed on the street, doctors thought it might have been an epileptic fit. But things just kept on getting worse from there. He started to have mood swings and as time went on, I noticed that he didn’t show much empathy towards our two children. He became difficult to manage and include in our family activities. In hindsight I realise these were all tell-tale signs. It was a very stressful time.”

John will be turning 72 a couple of weeks after Rosemary gives her talk at this year’s Alzheimer’s Show, however sadly, he can no longer speak or walk.

She said: “Dementia can only be defeated through research but when compared to other diseases, it is underfunded. I am keen to help the experts by sharing my story at this year’s Alzheimer’s Show to raise awareness of this dreadful condition. Words cannot describe how much I want to see better forms of diagnosis and new treatments for this condition so that other people don’t have to suffer.”

If you would like to book tickets to this year’s Alzheimer’s Show to hear Rosemary speak, you can do so here:https://alzheimersshow.co.uk/

“We would like to say a big thank you to Rosemary for being such an amazing supporter of Alzheimer’s Research UK and for sharing her story in such a powerful way.

“There are currently no treatments that can slow or prevent the development of dementia. Our mission is to bring about the first life-changing treatment for dementia by 2025.

“Our work would not be possible without pioneering supporters like Rosemary, who is bravely sharing her experiences at the Alzheimer’s Show to help raise awareness about dementia.”