As every year, the top names in dementia research and treatment will be in London on 8 – 9 June attending the 2018 Alzheimer’s Show– the UK’s leading dementia and Alzheimer’s event for professionals, carers, people living with dementia, their relatives and friends.

Regular attendees, Alzheimer’s Research UK, will once again have a stand where you can talk directly to members of their team. Plus some of their experts will be delivering seminar talks and participating in our always-popular question time panels. 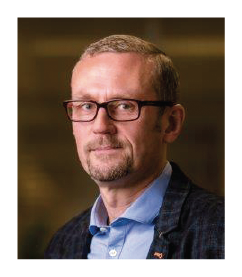 David is the Chief Scientific Officer of Alzheimer’s Research UK and a Trustee of the UK Dementia Research Institute. He’ll be providing a valuable update on the latest in dementia research and where the field is heading in the future.

As well as hosting the leading dementia and Alzheimer’s professionals, the Show always features unique talks and discussions from people personally affected by dementia. Three of the relevant talks this year will be given by Alzheimer’s Research UK Champions.

David Watts – Andy’s father – was diagnosed with Alzheimer’s over 10 years ago. Watching his father deteriorate over that time has convinced Andy of the need to make people aware of how important it is to pursue research into dementia – the topic of his talk at the show.

Rosemary will be raising awareness of frontotemporal dementia (FTD) – a condition her husband, John, was diagnosed with at the age of 46. She’s also championing the need for further research into this disease.

PCA – posterior cortical atrophy – is a rare form of dementia. Trina will be talking about living with the condition, along with her husband, Graeme, who is her main carer. Trina and Graeme were featured in a recent article in The Telegraph about their experience living with dementia.