The Mobii Magic Surface from OMi is an award-winning mobile projection system for tables, floors and beds designed to engage and motivate care home residents. Its unique content including nature experiences, ball games and reminiscence activities rewards any level of participation, no matter how small. FIND OUT MORE

We chat with John Ramsay, the pioneer behind socially responsible products company Shift 8, about his passion for improving the lives of people with dementia.

John’s journey began as a 12 year old, when his father was diagnosed with early onset dementia aged 52. The following ten years were instrumental in convincing John that more could be done to assist people with Alzheimer’s and dementia to live as fulfilling a life as possible.

Throughout his subsequent successful career as a lawyer, John was convinced he’d be able to bring something new and valuable to the range of dementia care products that were available. So when he met up with a friend of his, Hester, while working in Holland, it seemed to be a perfect alignment of circumstances that Hester had recently developed the Tovertafel. (Which means “magic table” in Dutch).

Unusually in the industry, Shift 8 has a policy of only wanting to promote products that have been academically researched and tested before use. Their fundamental belief is that there needs to be this level of rigorous research and evidence to back up a product’s claims, before they will consider bringing it to people’s attention.

Which is why the Tovertafel is the first of their products to be released – being based on Hester’s comprehensive academic research while studying for her PHD. 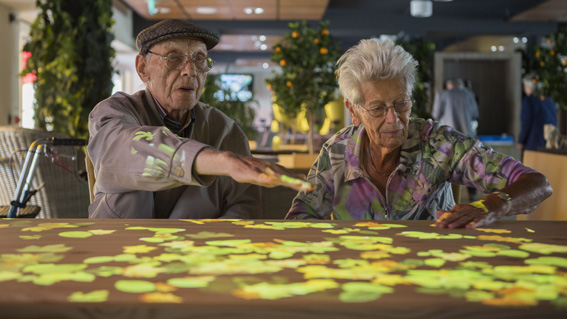 John and the team at Shift 8 have a strong commitment to being socially responsible. This can mean different things to different people, so we asked John what his interpretation is:

“For us, we need everything we release to be able to have a social impact well into the future. We’re not all about making money at Shift 8, we want to ensure everything we do benefits society and gets the whole community involved.

That’s why we’ve made some decisions that may not make the most sense from a purely commercial perspective, but are a key element of what we want to achieve. For example: providing ongoing free training, developing a buddy system for interested local 6th formers to interact with people in their community who are living with dementia, monitoring how frequently the Tovertafel is used in order to encourage continued use.

And any money we make goes back into further research and development, so we can continue providing the best products possible on an ongoing basis.”

As well as the academic background behind the development of the “magic table”, John and the team were keen to ensure the activities involved in playing the game were designed to bring everyone together.

As John says: “it’s not about the number of games, but to ensure that each game is co-designed with people living with dementia, their carers and families and that each game is designed to elicit cognitive, physical and social interaction between players”.

Some products on the market can leave people with dementia somewhat isolated in their own world, with little or no interaction possible with the others around them. The Tovertafel, on the other hand, is designed to appeal to everyone – including young children, many of whom are seen to take great delight in playing along with everyone else.

Games with No Rules

Rather than impose strict parameters on the games people can play using the Tovertafel, Shift 8 were keen to ensure that nobody would be left behind if they couldn’t understand what they had to do next.

To that end, the range of games that have been developed are extremely intuitive, with a simple wave of the hand often being all that is needed to participate in the game. 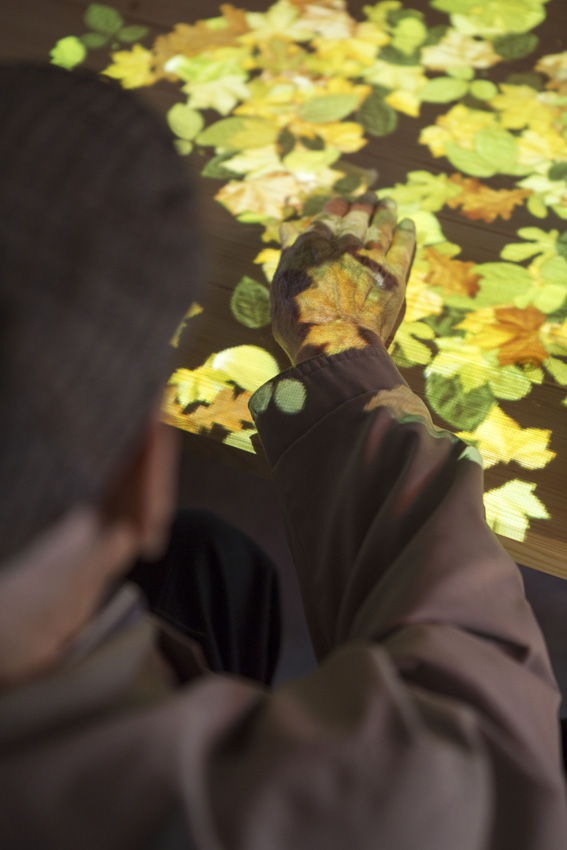 The Tovertafel itself is essentially a ceiling-based projector that shines multicoloured lights onto a table. The people playing sit around the table and respond to the lights – which in turn respond to their hand and arm movements.

You might wonder how this works in practice and what the benefit might be – take a look at this video clip from the BBC website to see the Tovertafel in action: Tovertafel on the BBC.

John gauges the success of the installations on the number of “Happy Moments” that are generated through interacting with the “magic table”. While the device is designed to be beneficial for anyone with mid-late stage dementia, John takes particular pleasure from seeing those who are generally passive and withdrawn start to smile and giggle when involved in playing the game with others.

Indeed, as an impartial observer of a group of people playing along, it’s quite difficult to tell the difference between those with dementia and those without – such is the inclusivity and universal appeal of the games.

Shift 8 at the Alzheimer’s Show

John will be talking at this year’s Alzheimer’s Show about one of his passions – bringing local communities into care homes for everyone’s benefit.

He’ll also be joined by other members of the team from the UK and Holland, with demonstrations of the Tovertafel available at their exhibition stand. 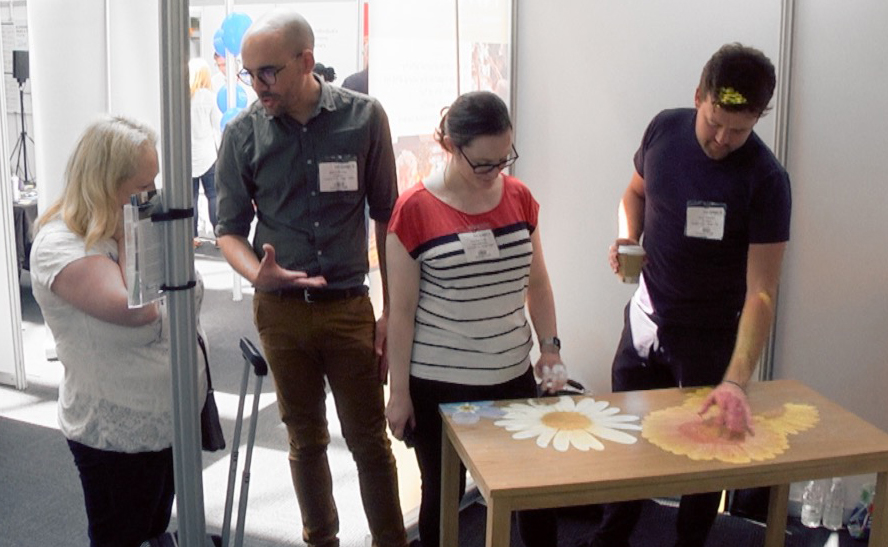