Music and the mind

Singing can act as a powerful form of therapy for those with dementia, helping with memory and recall, but also encouraging social interaction, movement and wellbeing

Music and singing have long been used as a means of therapy for people with dementia – and with good reason. Not only an enjoyable activity, singing provides an interactive experience for both those with dementia and their carers, offering an outlet for self-expression in a safe, supportive and sociable environment.

But more than that, singing offers powerful benefits when it comes to unlocking emotions, which in turn assists with memory recall. Indeed, songs appear to access areas of the brain that other forms of communication cannot.

Susan Garrett, a professional singer, has been so moved by the transformational nature of singing on the lives of those with dementia that she has set up Singing for Seniors (vocalvitality.com/singing-for-seniors), and now runs Singing & Reminiscence Activities in care homes. 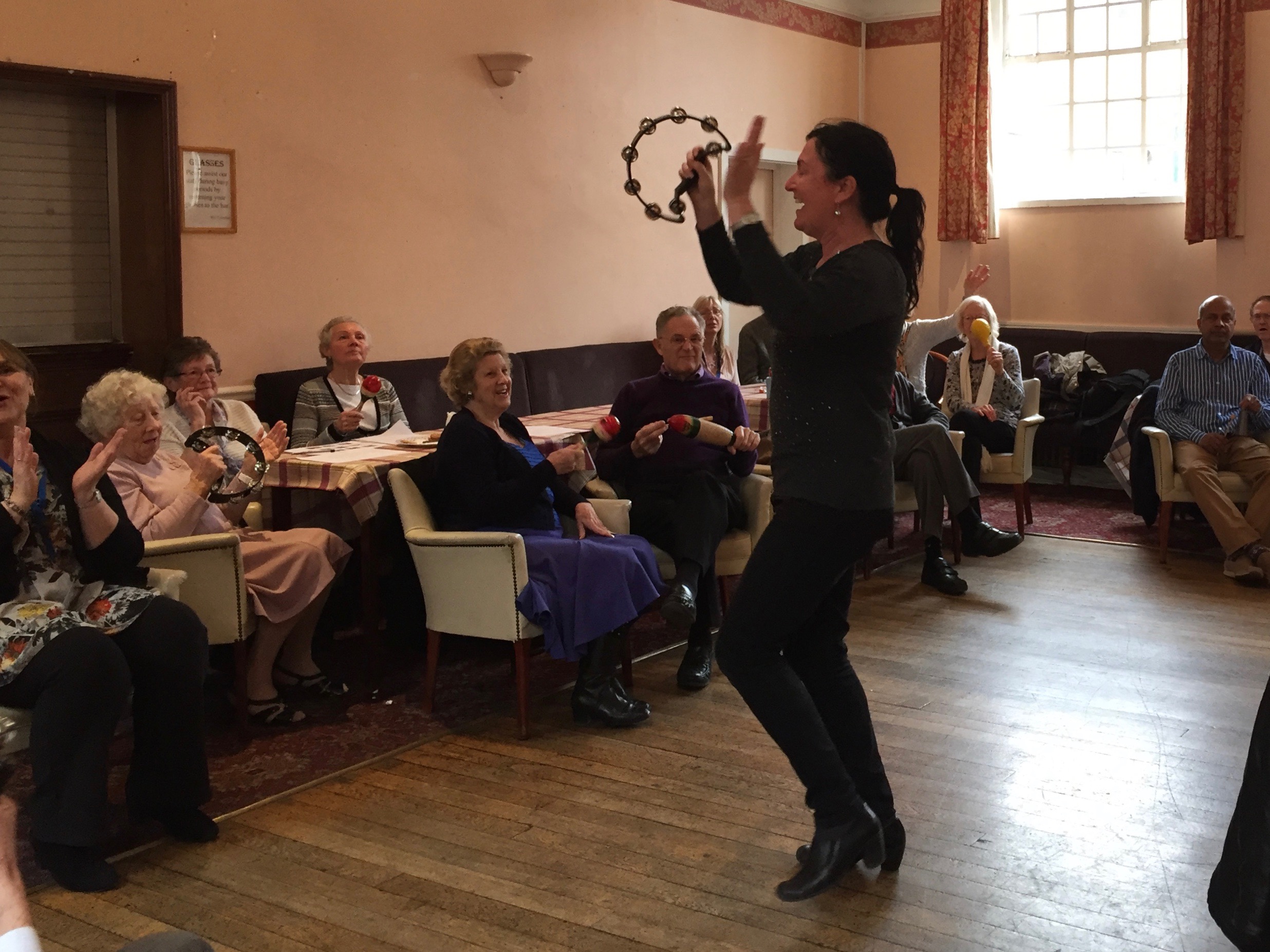 ‘Music is so important and enables people with dementia to interact when they can’t communicate in other ways,’ explains Susan. ‘Sometimes you’ll play a piece of music that will get them up dancing. Other times it might make them cry. You’re able to access parts of their brain that other forms of communication can’t.’

While training at Trinity College of Music, in London, Susan worked with various charities that provided live music in hospitals and care homes. While she valued the opportunity to perform, the experience instilled in her a passion for involving people in the singing themselves.

‘I was finding when I was doing the concerts that sometimes people would just start singing a completely different song, or stand up and join in, which was all fantastic,’ reveals Susan. ‘And I thought, that’s really what they want. It’s lovely for them to hear a professionally trained singer, but it’s more important for them to actually do the singing themselves and get involved with it.’

Susan has developed a variety of themed Singing & Reminiscence Programmes, and as well as going into care homes to lead these programmes, her Leader Course can train care staff to run the programmes themselves, so more people with dementia can benefit.

The programmes include a CD of specially selected songs recorded by a professional singer, in keys and speeds that are perfect for care home residents to sing along to, as well as large-print song books that are easy for elderly people to read. To accompany the CD, a Reminiscence Guide, packed with visual cues, helps people with dementia engage with the activity, as well as getting their memories flowing.

‘I like to put a variety of musical genres in each songbook, so that there’s something there that will appeal to the wide variety of people and age groups you get in care homes. There are songs from films, folk songs, The Beatles, Abba, a Christmas selection… it’s a real mixture.’

While singing and music are proven to improve the powers of recall in those with dementia, with research showing that musical memory survives relatively well, there are additional benefits for those who engage in musical sessions in care homes. Physical involvement in the sessions, for example shaking or banging percussion instruments, using props, or dancing is a great fun and interactive way to boost exercise. The combination of singing, movement and social interaction with others has a hugely beneficial impact on wellbeing, improving mood and reducing feelings of depression and loneliness.

‘We use different props, for example, scarves, to get participants moving their arms left and right, up and down,’ says Susan. ‘If they can get up to dance, we get them dancing, but if they can’t stand comfortably, we dance with them in their chairs. I always try to encourage whatever amount of movement they can manage – I think that’s a big part of getting them energised.’

The social aspect of singing, of course, benefits not just those with dementia but also family carers, providing a means of engagement which otherwise may be lost.

‘It’s really important for me to get everyone involved,’ explains Susan. ‘If I am facilitating a session, I encourage family members to get involved, so they can share in something together.’