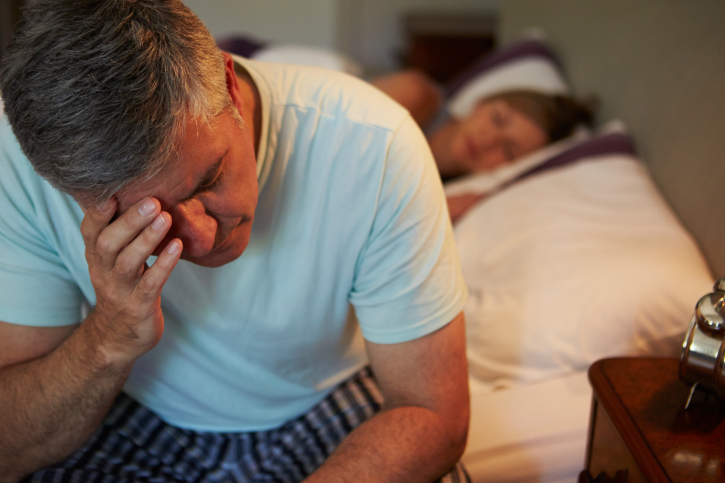 You may find that a person with dementia is prone to waking at night and has regular bouts of interrupted sleep. There are some things you can do to help resolve the situation

A person with dementia may be likely to suffer from sleep disturbances and be more prone to waking and night-time wandering. According to the Sleep Health Foundation in Australia, up to half of those with dementia may have difficulty sleeping and may be tired during the day, but unable to sleep well at night. Lack of sleep can become more of an issue as the disease takes hold. A person can also become more restless at night. Scientists are not quite sure what causes sleep problems in those living with dementia but it may well be due to changes in the brain. Older persons with dementia may need less sleep which could contribute to the problem.

If you are caring for a person with dementia who is struggling to sleep, it’s important to speak to their GP to rule out any other reasons for the sleep issues. You could try to limit daytime naps and help the person develop a familiar routine where they get up at the same time and go to bed at the same time. A set routine may help. Avoiding caffeine and alcohol in the evening may also help. Keep naps very short if the person insists on sleeping during the day. ‘Avoid allowing the person the chance to sleep for long periods during the day,’ says Rikki Lorenti, an Admiral Nurse for SweetTree Home Care Services (http://www.sweettree.co.uk). ‘The odd cat nap of about ten or 15 minutes is fine. If the person sleeps for long periods, then you are encouraging “sleep reversal”. Avoid caffeine and find appropriate distractions that could reduce anxiety. Anxiety could increase stress, which in turn could impact on the person’s sleep patterns.’

If you have tried all the above and things haven’t improved, then medication may be prescribed to help the person sleep. ‘With dementia, there is a time and a place for medication,’ says Rikki. ‘It has to be sensibly prescribed and administered. Increasing medication may not be the answer, and we must take into consideration that older people’s dosage should always be low dose and ideally short-term, as this may impact on mobility and cardiovascular health. Medication should be part of a treatment plan that includes non-pharmacological interventions. Ideally these should be tried first before medication. But we live in a real world and sometimes medication may need to be prescribed in the short-term. It is however, important to monitor mobility for example, as function may be affected.’ 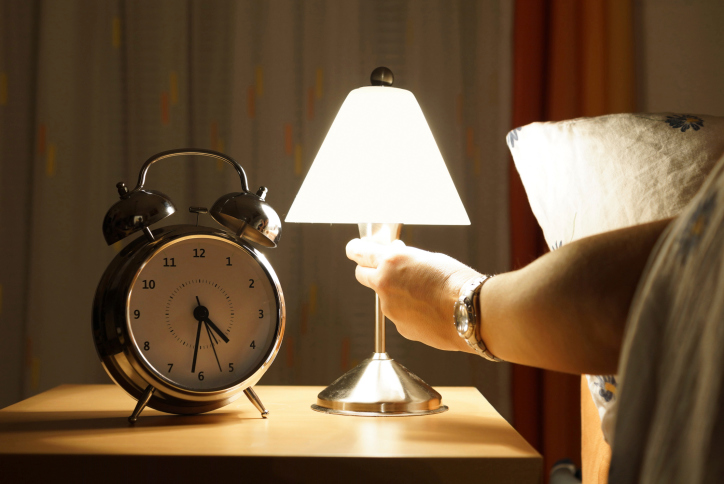 It could be that the person with dementia is anxious or feeling scared and may need some reassurance. Keep lights on for as long as you can and take some time to reassure the person if they seem anxious. I experienced a parent-child role reversal with my late mother in her latter stages of dementia. I would often visit her in her care home in the evening to say goodnight. When she was tucked up bed and I spoke to her before she went to sleep, she seemed much calmer. I felt like the parent reassuring the child. It seemed to help her get to sleep.

Limiting caffeine intake is important, but avoid a situation where the person is not drinking at all. ‘Avoid caffeine after about 5.30pm,’ says Rikki. ‘Switch to decaffeinated drinks but do not stop drinking – guidance suggests two litres of water per day; we do not want to encourage dehydration which could lead to a toxic confusional state.’

Of course, it may be that the person with dementia is confused about day and night. During the summer months, when it got lighter earlier, my mother would call me at 4.30am thinking it was late afternoon and wondering why I hadn’t been to visit. ‘Keep the room dark as much as possible so that night-time is mimicked,’ says Rikki.

There are other medical issues that can affect sleep, including restless legs syndrome, urinary tract infections and depression. Again, if in doubt, check it out.

Finally, a sleep diary may be useful to monitor sleep quality and work out if the person is getting enough sleep. Some exercise, like a walk during the day, may help the person sleep better at night, as regular exercise is often associated with better sleep. However, avoid any strenuous exercise or exercising late in the evenings, as this may have the opposite effect.