Dementia UK’s Chief Executive and Admiral Nurse Hilda Hayo was inundated with questions from family carers at this year’s Alzheimer’s Show. We asked Hilda to tell us what were some of the most commonly asked questions and what advice she gave to those seeking help

What type of questions were you asked at the Alzheimer’s Show?

Questions this year were really complex. Some questions were specifically about lack of services in their local areas and how they could go about getting services. People were saying they had not received post diagnostic support after the diagnosis of dementia, and many people I saw had received the diagnosis more than a year before. They were feeling pretty bereft of support and as a consequence felt stressed and had difficulty coping. 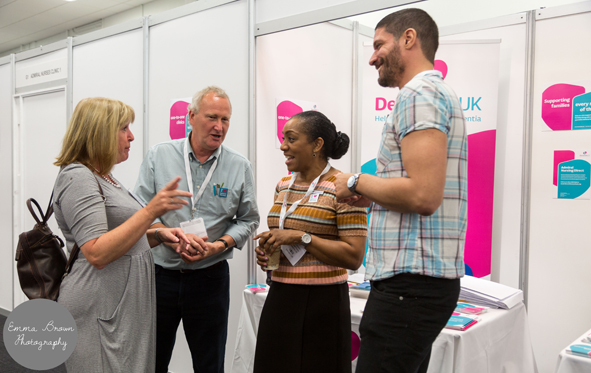 As Admiral Nurses, we gave specialist advice and support regarding their situation and details of local services. We also gave them the information about our Admiral Nursing Direct Helpline, which they can call seven days a week to receive advice and support from a specialist dementia nurse. In addition, I advised them to express their dissatisfaction to their local commissioning group and Health and Wellbeing boards as a first port of call. If this is not successful, they can talk to their local MP about the lack of support post diagnosis and they will be able to take this up with the relevant organisations concerned.

Did anyone ask about how to get a person with dementia to accept that they need help and support?

That is a common question. I had a husband and wife who came to speak to me on the stand and I took them into the Admiral Nurse clinic. The wife was distraught as she was trying to get her husband to agree to receive services during the day so she could have a break from caring. However, her husband didn’t accept that anything was wrong with him and therefore why should he accept services? Often people who have damage to the frontal part of their brain don’t realise there is anything wrong with them or that they need support. They can also lack empathy for how the changes to their behaviour and functioning affect others. Both husband and wife were very distressed, contradicted each other and were not able to see how they could cope with the situation. From the wife’s perspective, her husband would not do anything that she thought would be helpful to keep them together as a family or accept any services or support. He wouldn’t let her go out on her own because he wanted her to be there all the time. From the husband’s perspective, she didn’t understand that he was finding it difficult to cope with all of the changes the diagnosis had made to his life e.g. leaving work, stopping driving, not making decisions.

My role with them was about getting them to actually talk to each other and listen about how the diagnosis had impacted on their family. I demonstrated how to do this in the session and both were able to talk freely about their worries and feelings. Both said at the end of the session that this was the first time they had actually talked about what was happening to them and listened to the other’s perspective. The husband agreed to try a befriending scheme to give him time to engage in interests outside of the home and the wife said she would try to look at what her husband could still do rather than what he couldn’t do. I think one of the key things is to be a good listener. 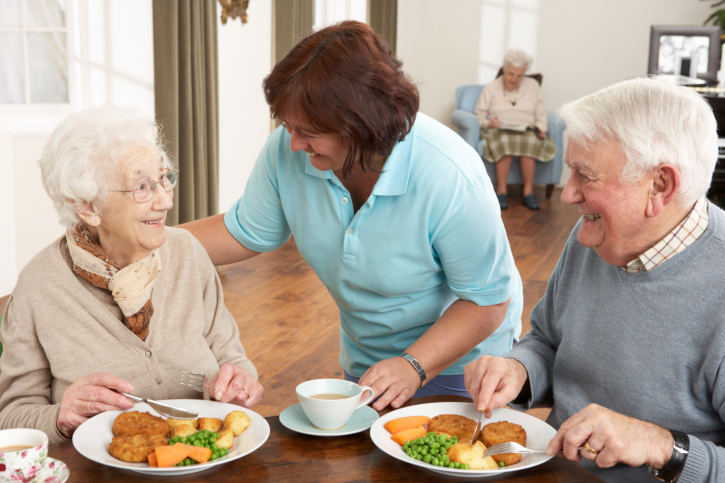 What advice do you have for carers in these types of situations?

If you are a carer, try and see things from the other person’s perspective because very often people who are stressed don’t try and look at it from somebody else’s viewpoint. I think by the time people come and speak to an Admiral Nurse they’re already in a situation where the relationship is already showing signs of strain. At the time of diagnosis families should receive post diagnostic advice and support and the contact details of a consistent key worker or care coordinator, who can provide timely advice, support and interventions that can enable a person with the diagnosis and their family to build knowledge and skills to enable them to live as well as possible with dementia.

What did you think of the show?

The interesting thing was as soon as our stall opened for the day, we had people immediately turning up to book their Admiral Nurse clinic slot before they went round anywhere else. So obviously they’d heard about Admiral Nurse clinics or Admiral Nurses and were booking themselves in early. In addition to the clinics, we had at least the same number of people talking to us on the stand about various personal issues.

Did you speak to anyone with dementia?

I did yes. I spoke to a few people who were diagnosed with dementia under the age of 65 years, because that is my specialism. One theme that came up that didn’t come up last year was that people were talking to us about their own worries about whether they would get dementia, or were at risk from dementia.

Do you think that’s because dementia is more talked about in the press now?

I think it’s because of programmes like the Angela Rippon documentary and also Chris Roberts’ Panorama programme. I had a 40 year old and a man who was 51 who asked questions on what they could do to prevent it in the future. I think this focus on prevention or delaying the onset of dementia is very positive as it can have protective benefits, not just on the brain but also on other health in general.

What advice were you giving those worried about getting dementia?

Cutting out smoking, eating healthily and following a healthy Mediterranean-type diet. Avoiding the misuse of alcohol, stimulating the brain and being physically active. Learning a language or learning something that’s new and takes effort appears to help with stimulating the brain. The benefits of social stimulation have also been studied. Some people are not natural mixers but being socially isolated or not having any social stimulation whatsoever does seem to increase the risk of cognitive impairment.