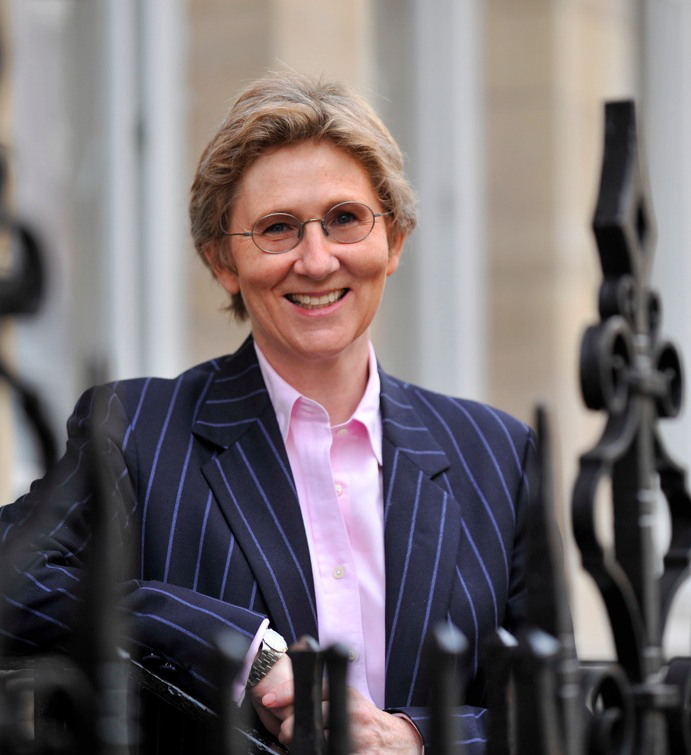 The word ‘dementia’ is a generic term describing problems with memory and thinking, it is not a specific diagnosis. Dr Emer MacSweeney, CEO and Medical Director of Re:Cognition Health, explains why it’s so important to get a proper medical diagnosis. She also talks about groundbreaking clinical trials designed to slow the progression of Alzheimer’s disease, rather than just treating symptoms…

Dementia is just a symptom, like headache. Lots of different conditions  can cause headaches, including migraine, a tension headache, a brain tumour or a head injury. Similarly, lots of different medical conditions can cause dementia. Alzheimer’s disease is one of the common causes. Other causes of dementia include Parkinson’s or cerebrovascular disease. The word dementia is used to describe the level of progressive cognitive impairment which interferes with an individual’s activities of daily living and involves more than one aspect of their cognitive function e.g. memory and calculation ability.

It’s really important to understand that dementia is not a medical diagnosis. If someone has symptoms of dementia, they need to know the cause of these symptoms. Without an accurate diagnosis of the cause, you cannot be certain you are getting access to the best available treatment.

When a condition like Alzheimer’s disease appears, it is in the very early stages, a person does not display symptoms of dementia. It’s only in time that these symptoms progress and an individual will reach a point where the symptoms are of sufficient severity that they can be categorised as causing dementia. 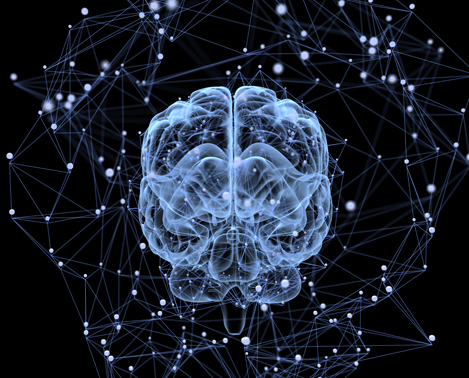 Mild signs of Alzheimer’s disease
Mild symptoms of Alzheimer’s disease include difficulty recalling recent events or being unable to follow a conversation, or difficulties with financial planning. A person may struggle to remember specific words or have difficulty finding their way around. They might be in a familiar environment, but unable to recall the geographical layout of the area.

A person with Alzheimer’s disease will frequently repeat the same thing to the same person, in a short space of time, without being aware of this, due to their inability to recall recent events. Even with  prompts, it becomes difficult to  recall recent events, whereas memories of events in the past may remain very clear.

Current treatments
At present, people with Alzheimer’s disease are frequently given drugs to treat the symptoms of memory loss and other aspects of cogntitive impairment. These medications include Donepezil, Galantamine and  Rivastigmine. It’s important to understand that these drugs don’t slow down the progression of the disease – they only treat the symptoms, whilst the underlying Alzheimer’s disease continues to progress.

These symptomatic treatments work by boosting the level of neurotransmitters the brain cells require to function efficiently. It’s like drinking coffee when you’re tired. It wakes the brain up a bit to boost cognitive function.

What happens in the brain in Alzheimer’s disease
There are two key proteins that cause the symptoms of Alzheimer’s disease. One is a fragment of amyloid protein called Abeta amyloid. In Alzheimer’s disease, there is excessive production of this amyloid protein, so the brain is not able to clear it fast enough. The Abeta fragment accumulates in the brain and forms insoluble clumps or plaques which are then laid down in the brain. These amyloid plaques, as they are known, stop the cognitive brain cells from connecting and functioning normally. Like any cells in the body, if they are not able to function normally, they start to atrophy (waste) and die. When brain cells die, you can’t replace them, so eventually the brain can’t function properly.

Detecting amyloid protein
In Alzheimer’s disease research, the are two important areas of development. Firstly, there are increasingly sophisticated diagnostic techniques to measure abnormal amyloid and tau protein in the brain. The goal is to be able to detect amyloid and tau proteins in the brain, as soon as possible and ideally, before they start to cause any symptoms of cognitive impairment.

Secondly, there are new drugs coming onto the market, currently in the final phase of development. They are designed to slow down progression of Alzheimer’s disease, by reducing the production or increasing the clearance of the Abeta amyloid protein in the brain. They also destroy the abnormal tau protein levels within the brain cells.

New Disease modifying-drugs
These drugs are designed to slow down the onset of dementia in individuals presenting with symptoms of mild cognitive impairment. Screening tests for the clinical trials will determine whether these proteins or biomarkers are present. If present, the individual is at a greater risk of progressing from symptoms of mild cognitive impairment to dementia and may have the opportunity to take part in a final phase clinical trial. This provides the opportunity to gain early access to a disease modifying medication, designed to slow down progression of Alzheimer’s disease and thereby delay onset of symptoms of dementia.

Currently, these drugs designed to slow down the progression of the disease can be accessed only through clinical trials. There are no disease-modifying drugs available today, on the market. Remember, current medications like Donepezil treat only the symptoms and do not slow down the progression of the underlying disease process. They boost the neurotransmitters to make the brain cells work more efficiently, but the disease is still continuing to progress.

When people take medication like Donepezil, it’s often said that it appears to slow down symptoms in the beginning and then appears to stop being so effective. This is because there is a certain threshold that you need in order to be able to find a thought or a memory. Once you get down to a certain critical number of brain cells, you just can’t get that nerve impulse across. Even if you keep taking Donepezil, there isn’t enough ‘oomph’ for the existing brain cells to make up for the brain cells you’ve lost.

Without realising it, people lay down these amyloid and tau proteins over about 20 years. It is anticipated that there is a period of 10 years when a person with Alzheimer’s disease is laying down these proteins and brain cells are dying. But the individual is completely unaware this is happening, as they feel and appear completely normal. The reason they have no idea this is going on is because we have so many spare brain cells that we can kill off lots of brain cells, before we even notice.

But then you get to a tipping point where as you start to lose more brain cells, it becomes noticeable and that’s when you present with very early symptoms of mild cognitive impairment or MCI. In retrospect, most people will say they think Alzheimer’s disease started about three or four years before they went to see their doctor. It’s very logical that, the earlier you can slow down the progression of the disease, the better the outlook. 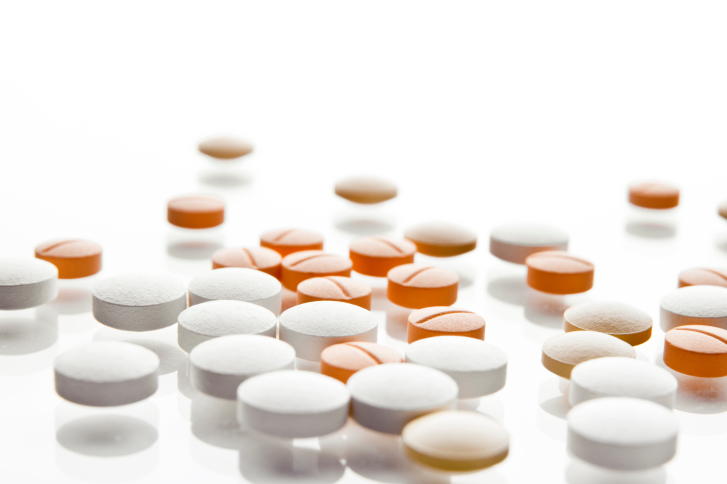 What are Final Phase International Clinical Trials and how can I access these new medications in the UK?
The only way to access these new medications is by taking part in one of the clinical trials. You will need to travel to one of the centres in the UK where these studies are taking place. Re:Cognition Health has centres in London, Guildford and Plymouth undertaking the full spectrum of studies i.e. for those very mild to more advanced symptoms. There are other centres in the UK, too, which may be closer to where you live.

The pharmaceutical company pays for all medical care. So there is no cost to you to join one of these studies. Everything is explained in great detail and you can withdraw at anytime. The only requirement to entering the study is that you are clinically eligible. During the first part of the study we undertake some screening tests to confirm you are the right person for the study and more importantly, that the clinical trial and medication provided is appropriate for you. If you do match for the study, then for an initial predetermined period of time, you will receive either active medication or a placebo. However, in almost all final phase studies, when you have completed this period of time, you will receive the active medication. You will be carefully monitored throughout by the study team of cognitive experts, working hard to keep you in the best possible health.

Anyone involved in such a study gains access to an international opportunity. As soon as sufficient numbers of people are enrolled onto the study, the study will close, worldwide.

The purpose of the final phase study is to verify, on a large number of people of different races and genetics, living in different countries, the successful results already gained on smaller groups of people, in the earlier phase studies. When this has been done, successfully, the pharmaceutical company applies for an international licence for the new medication to be available on the market for everyone across the world.

The Future: “Alzheimer’s disease without dementia”

Interestingly, in the attempt to try to slow down onset of symptoms, there is a new study starting in the Spring, for people aged between 60 and 85 who have NO symptoms of cognitive impairment, but maybe they have a first-degree relative or they have lived with someone who has Alzheimer’s disease and they want to find out if they are potentially at risk of developing it themselves. They will have a scan to measure if they have they significant levels of amyloid in their brain. If they have, and they meet the criteria, then they can enter into a study and similarly, gain early access to a medication designed to decrease further development of amyloid in their brain and thereby delay onset of any symptoms of cognitive impairment. This is very similar to having a check to see if you have high levels of cholesterol and if so taking a medication to lower cholesterol levels, before you develop any of the symptoms and diseases related to high cholesterol.

This is a very fast moving area of development and there is much, albeit cautious, optimism at present to believe that with the advances in diagnostic tests to detect Alzheimer’s disease at its very earliest stage and to treat with new better symptomatic medications and medications to slow down development and progression of symptoms, that we can, justifiably, talk about a present and future of “Alzheimer’s disease without dementia”.