‘I was fiercely protective of both parents’

Nancy McAndrew is the mother of model turned marathon runner Nell McAndrew. She cared for her parents, who both had dementia. Here, she shares her story…

Dementia has had a massive impact on my family. Over a period of 20 years, I cared for my parents, who both had dementia, though thankfully not at the same time.

My mother Eileen had vascular dementia and was 77 when she passed away in 1998 with liver cancer. Within a year or so, my father Sam became confused and was diagnosed with Alzheimer’s, and he passed away 11 years later aged 88, as a result of a blood clot.

The memories are still quite painful, and even though I try to remember my parents the way they were before dementia, it is difficult. Watching the two people who always cared for me become so vulnerable and childlike was heartbreaking.

Subtle changes
At first I wasn’t aware of the subtle changes in my mum’s behaviour. I was busy working full-time, as well as doing various further education courses and juggling family commitments. 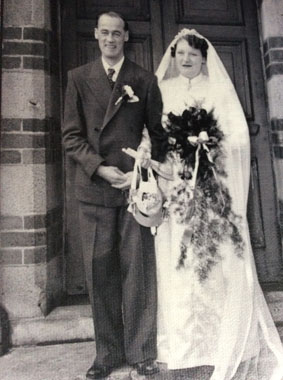 Thinking back, in her mid-sixties, she appeared to be much quieter and less interested in things, but I thought this was because she was getting older. I remember taking her shopping one day, and noticing that her boots were on the wrong feet. When I pointed this out, she took some convincing and then appeared to not really care. It took me a while to persuade her to let me swap them round.

I started to notice that she was walking more slowly. She began having falls, but refused to see the GP. She ended up in A&E a number of times but she was adamant she didn’t want to be admitted to hospital for further tests. I pleaded with hospital staff to admit her but they were reluctant to do so against her will. Eventually, following yet another fall, I broke down in tears in A&E and informed them that my father and I were struggling to care for her and keep her safe. Finally, mum had a brain scan, which indicated that she had suffered a number of minor strokes. After being admitted onto a medical ward and being quite disruptive, she was sedated.

Not long after this, she had another fall, broke her hip and returned to hospital for surgery. Every day after work, I would collect my dad, we would go and visit my mum and I would feed her, otherwise her food would just be left at the end of her bed. On her return to the assessment unit, her condition deteriorated, she rapidly lost weight, remained confused and was not always aware of who I was. I spent many hours holding her hand and chatting to her until she eventually passed away.

Worn out
Throughout all this, my father appeared to be managing OK, but he must have been worn out. My parents had survived the war years and generally kept their feelings to themselves. My dad was almost always with me when I wasn’t at work. With some 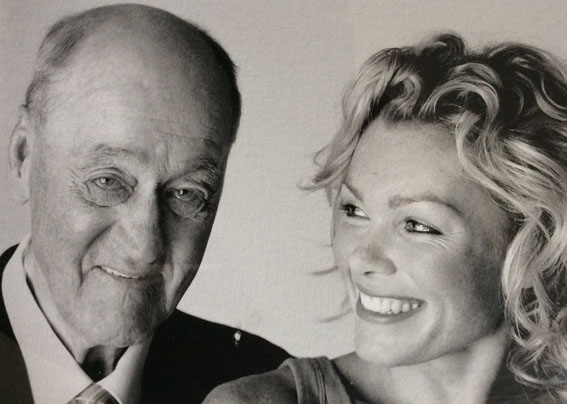 persuasion, he started attending a day centre, where he had a hot meal and some company.

Unfortunately, he had numerous health problems, including diabetes, deafness, cataracts and prostate problems. He had lots of medical appointments, and I started to notice him repeating himself and forgetting things. Late one night, I received a call from the police to say he had been found wandering around an area the other side of town. He started getting confused with his medication.

He was diagnosed with Alzheimer’s and prescribed medication, which seemed to help. Carers visited everyday to help with medication and personal care. We spent many hours in A&E due to falls. He eventually passed away in hospital from a blood clot.

I always kept a thick file for all my dad’s medical appointments and information, so I was able to link all the various health professionals. I was fiercely protective of my dad, just as I have always been with my children and grandchildren.

Cherish life
Dementia is so extreme and cruel – I would like to think there will one day be a cure. Meanwhile, I would say to anyone – whether they are affected by dementia or not – to love and cherish family members while you still can. 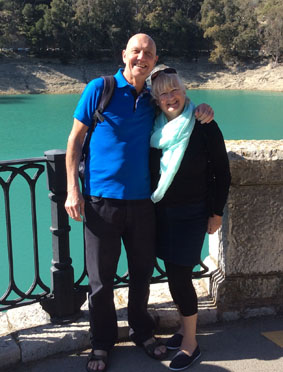 Seeing both my parents suffer has definitely made me more conscious of my own health. I am concerned about my genetic background and the possibility of getting dementia. I am now 63 and a couple of years ago I was diagnosed as a diabetic with high blood pressure. My memory is also not one of my strong points!

Even though I have always tried my best to eat healthily, I do have a weakness for chocolate! I know that regular exercise is beneficial for good health, particularly in reducing dementia risk. I love walking regularly and really enjoy getting out in the fresh air. A few years ago, I was jogging regularly, doing parkruns, 10Ks and even managed to complete the Great North Run and the London Marathon. However, after experiencing a few aches and pains, I have recently gone back to walking.

I no longer have high blood pressure and I try to manage diabetes by living a healthy lifestyle. Having been married for 47 years, with 11 lovely grandchildren, my husband and I can now finally do what we want. We enjoy long walks by the sea and are always planning our next holiday.

My story is like that of so many others, who spend their lives caring for family across the generations, while trying to manage their own lives. We do it willingly and always wish we could have done more but eventually there comes a time when we have to start looking after ourselves.

1) Nancy’s parents on their wedding day in October 1951

2) Nancy’s father Sam in a photo shoot for Age UK, with Nancy’s daughter Nell – they shared the same birthday

3) Nancy and her husband Ted, finally having some time to themselves!

Every Day is Mother's Day

Have a peaceful Easter